Candidates for 2021 Executive Board

The following individuals were presented by Mike Ryan, chairman of the Nominating Committee.  There is a single candidate for president, secretary and treasurer.  We have two candidates vying for the seat of vice president, listed here alphabetically.

The election will be held November 12th at the regular meeting of the Council.

Camille is currently president of the Council and served on the 2019 Executive Board as secretary.  She is chair of the newly formed Big Park/Village of Oak Creek Community Plan Committee.  In 2019 she served as co-chair of the Council’s ad hoc Parliamentary Training Committee. She is an alternate rep and communication secretary for the Pine Valley Property Owners Association, one of the Council’s largest Member Organizations.

Last year Camille served on the core team that produced the 2019 Town Hall Forum on the topic Verde Valley Land Use: Making Collaborative Decisions. This forum brought together 103 thought leaders from across the region.  She is a Partner of the Sedona Village Partnership and previously served on the marketing and awards committees for Keep Sedona Beautiful.

Professionally, she is active as a strategic marketing consultant specializing in high tech and industrial markets.  Her firm, OnRamp Communications, works with executive teams on assignments with significant business impact and high confidentiality. During her 40-year career, she has helped many companies with public offerings, divestitures and launches, including startups to Fortune 500.

She and her husband Philip moved to the Village of Oak Creek in late 2015 from Thousand Oaks, CA.  They have four adult children, seven grandchildren, a pond full of koi fish and a loyal dog named Jackie.

Phil is currently serves on the 2020 Executive Board as secretary, on the APS Transmission Line subcommittee, and the Ad Hoc Bylaws Committee.

Highlights of his career at Pacific Title & Art in 1977, and his first Optical Vfx shot on "Star Wars" removing the mirror below the land speeder cut in the movie (commonly referred to as a Vaseline shot) and being nominated for an Emmy for best Visual Effects on the Warner Bros. TV show "V". Other projects like American Sniper, Mystic River, Saving Private Ryan, Schindler's List, Empire of the Sun, Eraser,Striptease, Birdcage, Executive Decision, Primal Fear, Mission Impossible, Twister, Batman & Robin, Men In Black, Titanic, ET – Extraterrestrial, Star Wars 1977, Empire Strikes Back, Return of the Jedi, Robin Hood Prince of Thieves are a few of the 1,000+ projects on the long list of television and feature films that Phil has worked on during his 40 year career. Preservation projects for Warner Bros. include 2001 A Space Oddessy, Around the World in 80 Days, Cheyenne Autumn, Mutiny on the Bounty, Battle of the Bulge, Ice Station Zebra and Ben-Hur.  Feiner's most prestigious and daunting project was George Lucas's restoration of the Star Wars trilogy in 1997. For this massive project, Feiner and Pacific Title mapped out an extensive cost-effective alternative to more expensive digital effects using new intermediate elements from the original camera negatives plus selected digital composting of the "Blaster" sequence.

Professional affiliations include membership in the 600 Photographers Union as a Director of Photography; SMPTE; ACVL; affiliate member of ACE; associate member of ASC on their Technology and Steering Committees and Co-Chair for Advanced Digital Intermediate. The Academy of Motion Pictures Arts & Science Sci-Tech Committee, the newly formed Academy Technology Committee, Chair of the Academy Digital Archival Initiative, and involvement in the DCI – StEm tests.

Credited with co-developing the lucrative "Gemini Process," a high-quality D1 video-to-film process, Feiner was also instrumental in the development, planning and execution of Pacific Title Digital Studio, in 1989. In 2002, Feiner began development work on a B&W Archival System to Archive Digital files onto analogue B&W 35mm Polyester film through Laser Film Recording. The process that was born from this development is called “Rosetta” and its lifespan can be up towards 1,500 years, if properly stored. In February 2007, Feiner and members of his development team were awarded a Scientific and Technical Award “Academy Plaque” for developing this process. 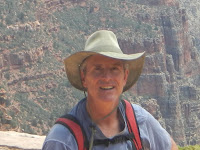 Mike is a retired “techie” from Austin, Texas.  He and his wife, Sandy, moved to the Village in 2018 to find a slower pace of life. He represents the Las Piedras HOA on the Council.

His professional career involved finding ways to use technology to make businesses more competitive.  At Charles Schwab and Dell Computer he led teams responsible for data networks, data centers, telemarketing centers and application software for customer service and sales. After his tech career, he spent several years teaching high school and working for Habitat for Humanity as a construction volunteer and house leader. After a few years of framing houses, hanging sheetrock, installing cabinetry, before he switched to the electrical crew wiring houses (easier on the back!).

Mike sees his involvement in the BPRCC as an opportunity to contribute to the Village. His personal passion is our Dark-Skies Community designation, an area where his engineering perspective on lighting provides insight.  Front and center are new developments and re-development projects, which raise the issue of LED lighting to the community.  He is hopeful that with education and community involvement we can bring in a new era of collaboration. 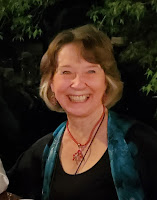 I would be honored to serve as the secretary for the Big Park Regional Coordinating Council, as I am encouraged to see the direction it has been heading this past year, and would welcome the opportunity to further support our efforts to become a more open discussion forum; giving expression to the thoughts and opinions of our Community in a positive way.

As for my qualifications, I served as Co-Chair of the Parliamentary Procedure/Code of Conduct Committee, currently am Co-Chair of the Bylaws Committee and am the Representative for La Barranca II.  I have been trained on MailChimp and the BPRCC website, currently doing some of the BPRCC emails and assisting with website content uploads.

I’ve served on the Boards of a number of Sedona non-profits.

Going further back, I retired in 2004 as Director of Worldwide Graphics & Trademark for the Johnson & Johnson Consumer Companies.  I’ve been admitted to the NJ Bar (retired from practice).  I’m a PADI open-water diver, miniaturist, avid gardener and recreational horseback rider. Although my hiking days are behind me, I count Grand Canyon Rim-to-Rim as one of my proudest achievements.  I am happily married to Neil Pope, and together we have 3 beautiful children and 3 amazing grandchildren (of course!).

Lastly, I love life here in the Village where we have lived full time since 2004.