Supervisor Michaels stated, “On behalf of the District 3 constituents, I extend our thanks to Mark for his years of service on the commission.  His legacy of involvement includes the Big Park Council, Red Rock Road Enhancement District, and other organizations in the Village of Oak Creek and Yavapai County”.

Planning & Zoning is one of our many County boards and commissions comprised of appointed volunteers from the community.  These volunteers help ensure that an active working partnership exists between government and the public, and that the public is well-represented in the actions taken by County government.

The P&Z Commission has 10 members, two from each Supervisorial district. Their role is to advise the Board of Supervisors regarding matters of planning, zoning and subdivision platting.  They serve 4-year staggered terms, with five of the 10 members initial terms being two years, then four years thereafter.

Introducing Charley, Supervisor Michaels stated, “In recommending Charley for the position I believe we are gaining a member with demonstrated expertise in effecting positive change in diverse systems and organizations.  Charley brings both the critical thinking, experience and commitment to ensuring adherence to policy and procedures, while engaging with diverse stakeholders and appreciating their values.” 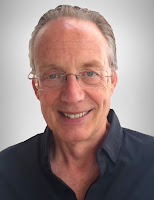 Charley and his wife Rhoda became residents of Sedona in 2016, after 20 years of frequent visits with their now grown children.  He recently became involved with a community effort to stop a proposed commercial glamping development at the foot of Bear Mountain on the grounds of inappropriate density, significant fire safety issues and potential harm to Native American antiquities adjacent to the property.  On account of the community opposition, the developer pulled their application and is reevaluating the project.

“I’m eager to get more involved with the dynamics of our county, all 240,000 people and five million plus acres of it – how we can conserve and leverage our assets better in the face of our local and countywide challenges,” says Charley.  “The timing presents a unique opportunity to be involved with the 2022 Comprehensive Plan.  In general, I feel this is an amazing chance to contribute tactical and strategic ideas for rational development towards a sustainable future.”