Voices for the BPRCC Choir: New Paths to Membership

There’s a fun tune titled All God’s Creatures Have A Place in the Choir.  Even if you’re not familiar with it, or particularly religious, you catch the drift.  The great paradox is that what seems so intuitive, may well be the ultimate challenge for us humans.  The process of arriving at a group consensus is not easy, and it is never fast… harmonizing takes Work.

With a whisper on April 8th, the Council unanimously passed two major bylaws updates to enable expanded citizen participation on the Council.  Unanimously ?!? Yes – two years of work, including surveys, research, committee meetings, and hours of Council reflection and discussion to arrive at a formula that every Member felt would ensure fuller and fairer inclusion of voices on the Council.

Not a miracle, these decisions were the result of mission-focused commitment and diligent work by our Members and community volunteers. The three categories of membership are:

Details for each are outlined on the membership applications located on the website home page.  The mission at the Big Park Council is to “promote the best interests of the Community by making public the consensus of its Member Organizations’ views on issues affecting them”.  If you are not already represented by a member organization of the Council, there is now a clear path to adding your voice to the choir.

On April 15th the County conducted the inaugural CPAC (Community Plan Advisory Committee) meeting, which was broadcast on WebEx for public viewing.  (You can watch the recording on the County’s YouTube channel: https://www.youtube.com/watch?v=QFCaGQP2Qoo.)  The Verde Valley and the VOC are well represented on the CPAC by Supervisor Donna Michaels, Sedona resident John Black and VVREO Executive Director/ Beaver Creek resident Mary Chicoine – all with rich experience to contribute.  Although much of the meeting was administrative, when substantial discussion got underway, some important information was shared.  Most importantly, Development Services Director David Williams reported that they are relaxing due dates for the community plans.  The intention is to allow communities more time to organize and gather resources, placing the emphasis on wide community participation and producing a solid plan.  He reported that although the state does specify a due date for the Comprehensive Plan Update, there is no penalty for missing the deadline.  The county will therefore stay focused on developing a plan that will serve us well through 2032, rather than rushing the process.

The first part of the session where the chair, Duane Thompson summarized the project, as the co-host was occupied with late arrivals to the meeting. The discussion portion is all included. Zoom records three file types, the best for viewing is the the one labeled “playback”.

Public Agency Reports
Judy Poe, Director, Sedona Public Library She thanked the Council for their $100 contribution to the Village library, which qualified for matching funds. The overall fundraising campaign reached $42,000. She and the staff have been working on a new strategic plan based on feedback gathered from a community-wide survey. There are a number of major projects underway including construction of a large outdoor patio (100-150-person capacity, stage, movie screen) to the Sedona campus that will provide open-air meeting space. The library building will also be renovated and modernized, and a concept to relocate the Village library from Bell Rock Plaza to the Big Park Community School is under investigation. This would allow greatly expanded services, including internet-enabled activities and meeting space for community gatherings.

Donna Michaels, District 3 Supervisor, Yavapai County The Supervisor expressed her appreciation for the BPRCC Committee's progress on our Community Plan, which she feels serves as a model to the other unincorporated communities in the County. She emphasized the importance including the individual community plans in the County Comprehensive Plan Update, and assured us she will be very active in that process.

A question was posed as to the timeline of the roadwork at SR179 and Beaverhead Flat Road, to which Supervisor Michaels agreed to investigate. That information arrived shortly after the meeting and is included here:

Dan Cherry, P.E., CFM
Director, Yavapai County Public Works Department
We completed a quick night-time culvert extension in the last month in preparation for the turn lane work from 179 on to Beaverhead Flat Road, but we are in a holding pattern at the request of ADOT while they move forward on a full-width pavement overlay project for that segment of SR 179. The ADOT work entails a 3" thick asphaltic concrete overlay. The ADOT project is currently out for bid and we are told their work is anticipated to start in the May/June 2021 time frame.
After that overlay is completed by ADOT, we are going to do a little re-survey of the portion of road where our turn lane project is, and a small change order on the design contract to make sure it fits the new, freshly overlain roadway surface of SR 179. We anticipate that to occur during the summer and we will get the project out to bid as soon as we can, once ADOT finishes their work and we can collect the new survey data. I am anticipating we build the turn lane reconfiguration at Beaverhead Flat around late summer/early fall of 2021.
I hope that helps. We had wanted to do this prior, but ADOT had asked us to hold off on the work so that we didn’t have conflicting construction zones, and to make sure the two projects mesh well at the conclusion.


COVID Clinic in the VOC - April 21, Moderna Vaccine With the Supervisor’s help, we were able to get Spectrum Health to provide a 1-day community clinic for COVID vaccinations. That will be April 21 10:00AM - 2:30PM at the VOCA community building. There has been a change and the vaccine will be Moderna, not the previously announced Johnson & Johnson single shot. Spectrum will return to do a follow-up clinic for the second shot to be announced at a later date. http://www.spectrumhg.org/VOC.
President’s Report: Camille Cox noted that the executive board discussed timing on returning to in-person meetings, or the possibility of a hybrid model. It was felt to be premature for April, but should be considered again next month for the May regular meeting. The board will keep the Council current on the discussion.

President's Report  The president brought the Council’s attention to the election of officers for 2022, as changes to the bylaws have been passed that impact the process. Volunteers for the nominating committee (2-4 members) are needed, for appointment at the August meeting. (this committee is appointed by the Council, not the president). That committee is responsible for presenting a list of officer candidates (president, vice president, secretary and treasurer). As the current president will have served two terms (bylaws limit), she will be the presumptive Immediate Past President in 2022.

The current members of the Council are the ideal candidates for both the nominating committee and officer candidates, as they are well-versed in the mission of the organization and the updated bylaws. The Nominating Committee chair, president and vice president must be Representatives or Alternates of a Member Organization. The treasurer, secretary and members of the Nominating Committee must only belong to a Member Organization and have permission from their organization to serve. Anyone with interest in serving - or simply learning more about the roles - is invited to attend the executive board meetings, held on the Monday of the week prior to the regular meetings. The meetings are casual and provide an inside look at what the officers do between meetings. Also, the executive board are available to answer members' questions. The next executive board meeting is scheduled for May 4th, location TBA.

Treasurer’s Report Patty Reski reviewed the details of financial activity. A new section on the chart of accounts details all income and expenses for the Community Plan Committee. Current bank balance stands at $6105.79.
Discussion and Vote on Bylaws Amendment Article I and II: President Cox brought forth the previously noticed Bylaws Amendments. Article I: Unanimously approved by 19 present representatives. Article II: After significant discussion it was moved by Carolyn Fisher, 2nd by Paul Sullivan to approve the amendment, effective immediately with the following changes - Membership of any Member may be suspended by a majority vote of the Council of Representatives for nonpayment of dues or other assessments upon thirty (30) days notice, and failure to pay the delinquent dues or other assessments within sixty (60) days after the notice provided shall result in termination of the membership of said member. Motion was approved -18 in favor, 1 abstain.  Bylaws Article II – Membership Policy Documents: Approved 17 in favor, 2 abstain.
Revised Bylaws Review Session
Article IV– Meetings: Co-Chair Nancy Maple lead the review and discussions and the Council agreed to:
Paul Sullivan, Forest Service Liaison In response to the questions posed at the March meeting about the new trails in Jacks Canyon, he checked with the USFS and learned the following. They initially planned for a new loop off of the Big Park Loop, called Dairy Springs up to Rabbit Ears. That changed in favor of two trails. One is completed, called the Little Rock. The second trail is called the Rabbit Ears, but it doesn’t actually go to Rabbit Ears. Paul intends to scout them this weekend. Mary Morris raised concerns about the new trails being too slick, too narrow and unsafe for horses, in spite of the promise that they would be appropriate for equestrian use. The equestrian contingent is very concerned about the compatibility problems of bicycles and horses along Jacks Canyon and the closure of highly used trails.

APS Powerline Project Chair Duane Thompson provided a brief update on the recommendations the committee will be advancing to the Council for consideration and vote in May. Additional discussions with APS are still ongoing to gather further data validating the need for the additional line. Subcommittee meets again next week and will be delivering fact sheets to the community and Council.
P&Z Committee Chair Mary Morris reported that a letter has been received about a public participation meeting for a pending Use Permit request for Horse Mesa Ranch off of Jacks Canyon Road. That meeting will be Saturday, April 24, 2021 at 11:00 a.m. at 101 Horse Ranch Road. The meeting will be both in person and streamed live online via Zoom. For the Zoom Webinar email request to publicmeeting@awdlaw.com. (The chair will be recusing herself from discussions on this matter due to a personal interest in Horse Mesa Ranch).
Community Plan Committee Chair Camille Cox updated on the progress of the committee. Response to the first survey has been excellent and the committee is currently working on the first draft of the Vision Statement. Meetings are the first and third Mondays of the month at 4pm, and they are hybrid – both Zoom and online. These meetings are open to the public and participation on the committee is open to members of the public. Information can be found at www.VillagePlan2020.org.

A moment of silence was observed in honor of Thomas Graham, who served the Council in many roles for many years.

Two more vaccination clinics in the VOC for first and second shots.

The clinic April 21st was a nice success - thanks to VOCA for the use of their beautiful and comfortable community room.

Two additional VOC Covid Vaccination Clinics: The April 21st event was a nice success - thanks to VOCA for the use of their beautiful and comfortable community room and Supervisor Donna Michaels.
The next clinic is scheduled for Tues. May 18th, 10:00am - 2:30pm. This clinic will offer both second shots and FIRST shot. A third clinic for second shots is scheduled for Wed. June 16th. Appointments are required via Spectrum Healthcare's website. 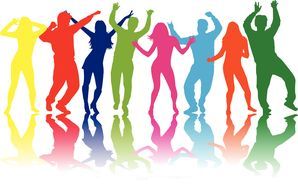