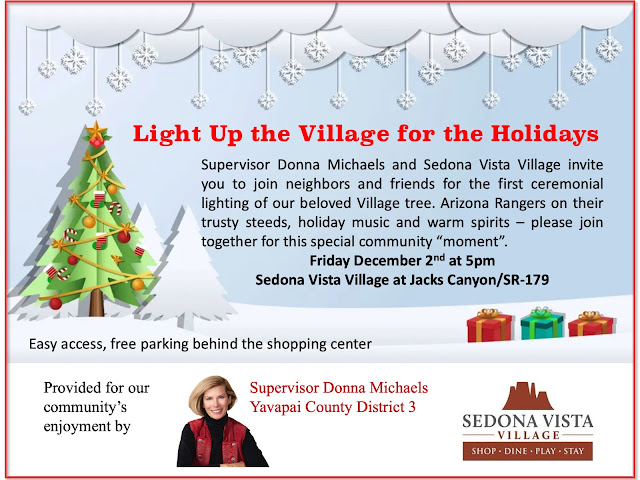 Unfinished Business: Carolyn Fisher, on behalf of the Nominating Committee, introduced the 2023 nominees for president and vice president, Renald Stettler and Colleen Hinds, requesting each to say a few words about themselves. She then thanked Patty Reski and Mary Pope for agreeing to serve another term as treasurer and secretary respectively. Discussion followed including a review of requirements for the officer positions, noting that candidates for president and vice-presidential candidates must be a representative or alternate for a member organization. Each member organization has its own internal process for appointments and those processes are respected and upheld by the Council. Colleen’s appointment as an alternate for the Pine Valley POA is complete and the Sedona Golf Resort (SGR) Board of Directors is meeting next week to consider Renald. With the appointment process for Renald incomplete, several options were considered with respect to the election of 2023 officers. It was unanimously agreed on a motion by Paul Sullivan, seconded by Joe Skidmore, that the election of vice president, treasurer and secretary be held at today’s meeting and that an electronic vote of all representatives be held for president following the SGR board meeting on Wednesday, Nov.16, presuming Renald Stettler’s appointment is confirmed. Secretary, Mary Pope volunteered to manage the electronic balloting, compliant with regulations.

Many members of the Council and community expressed their appreciation to Renald and Colleen for stepping up, emphasizing the importance of the Council’s mission and activities. The candidates then answered questions from Council members, such as time availability and vision for the future.

Secretary’s Report: Mary Pope asked if there were any adjustments to the draft council minutes from October 13 and hearing none, Carolyn Fisher moved, Margie Gershtenson seconded, that the minutes be accepted as written. Motion passed unanimously. Mary then noted there were no changes to member organizations and thanked departing Verde Valley School representative Vanessa Trujillo-Tenbrink for her years of service to the BPC. She then introduced Colleen Hinds, new alternate for the Pine Valley POA and John Wichert, new alternate for Pinon Woods II. Looking to the future, Mary noted that we have one organization (Crimson Vista) considering membership and three member organizations considering new representatives/ alternates (Las Piedras, CR Ranch and Sedona Golf Resort).

Treasurer’s Report: Patty Reski noted that October had minimal expenses and the bank account was comfortable at $5600. Due to the uncertainty of the Council’s future, a proposed budget for 2023 had not been completed, and the budget committee will meet soon to do so. Patty then made a motion, seconded by Mary Morris to delay the presentation, discussion and vote on the 2023 proposed budget to the December meeting, to be followed immediately upon approval by sending out the annual invoices to member organizations. Motion passed unanimously.

Election of Officers: In accordance with the recommendation of the nominating committee, the following candidates were unanimously elected for a one-year term beginning January 1, 2023. Vice-President: Colleen Hinds, Treasurer: Patty Reski, Secretary: Mary Pope.

Committee Reports:
Planning &Zoning: David Gill reported that the Council has received a letter from ADOT in answer to the letter sent to them expressing concerns over the dangerous I-17/SR179 interchange. He felt that their response was cooperative and attentive and although they could not commit to corrective construction, they will do a Road Safety Assessment in 2023.

He then reported that the Special Use Permit requested by The Collective will see a vote by Yavapai County P&Z on November 17. Approval is expected. Update: For unknown reasons, following the BPRCC November meeting, the BPC P&Z Committee learned that the County Planning and Zoning Commission date to consider the Special Use permit has been delayed.

David noted that there will be a public meeting at the Verde Valley School this evening in connection with the school’s Conditional Use Permit for the property, as a part of the required citizen participation process; and that community concerns included safety, noise and traffic associated with the requested changes. He emphasized that similar requests have had greater public outreach with multiple meetings, discussion and compromise. Paul Amadio, Head of School, explained that meetings with nearby neighbors have been held and that there are no changes to the Use Permit since those meetings. Ty deJong, CR Ranch representative, expressed concern that notice of the neighborhood meetings was limited as was attendance. In response to a request, Paul Amadio will send Zoom information for this evening’s meeting to Camille Cox for anyone interested in viewing the meeting virtually.

APS Subcommittee: Duane Thompson, chair, briefly summarized the history of this project, a proposed 13-mile transmission line between McGuireville and the Village, noting that 90% of the proposed route goes through USFS land. A draft environmental assessment (EA) was released by the USFS last year and comments sent to them by the Big Park Council (BPC), Keep Sedona Beautiful (KSB) and others expressing significant concerns. The final EA, which is the decision-making document for the project, which was expected to be released in December, is now planned to release in Feb/Mar 2023. Interested parties like Big Park Council would have 45 days to appeal to the Regional Forester if there were objections to the final EA.

Dark-Sky: Dave Norton noted that the committee has been very busy with star parties and programs in conjunction with school groups. Carolyn Fisher offered to put Dave in touch with the Science Vortex group whose goals coincide with Dark-Sky programs for school groups. The next general public star party will be this Saturday at the Alcantara Vineyard in Camp Verde. A donation has been received to enable the committee to purchase a sandwich-board sign to help folks find the Dark-Sky event. In answer to a question on light pollution readings in the Village, Dave explained that the meter is expected to be received this week and that Alex will be doing the readings. In answer to a question about fliers on good Dark-Sky practices, Camille noted that the IDA has brochures already printed. Dave noted that a brochure with a broader scope has been planned, and Kathryn Stillman offered to work with the committee on that project.
Strategic Planning and Long-Term Development: Camille read a letter from committee chair, Lenore Hemingway and a copy of the committee’s final report was included in meeting materials for representatives.

Emergency Preparedness & Planning (EPPiC): Gwen Hanna presented a two-month report for the committee noting that it has met with all first responders and reviewed its purpose and scope at the October meeting. The committee has concluded that the best way to provide the community with information is to create a simple website with credible links. Camille Cox has offered to assist with this effort. In answer to a question on creating a page within the BPC website instead of a separate site, Gwen noted that this was also being considered. The committee is also considering the preparation of printed materials, hosting a community forum and/or community fair. She noted the need for funding for these efforts and has received a commitment from the Sedona Village Partnership for up to $250. A request is also been placed with the BPC Budget committee for an additional $250. There may be other sources of funding from retail stores and other local sources/organizations in the Village. In answer to a question on what the overall cost would be, Gwen roughly estimated $500 annually for a website plus additional funds for community events and other types of collateral, with a rough guess of $1000 total. She also noted that our member organizations will be asked to help get information to their residents. In answer to a question that came up during a committee meeting, Gwen noted that Mary Pope spoke with Kirk Riddell of the Sedona Fire District (SFD), regarding sirens in the area. The only sirens in the Village are at our local golf course, the VOCA golf course frequently warned golfers this year of potential lightning danger. New SFD sirens have been installed in Pine Valley and up 89A (Oak Creek Canyon). The SFD sirens only purpose is to signal an evacuation. Gwen then thanked Mary Morris for her time served on the committee. There was then a discussion of the County’s change from Code Red to another system of evacuation notification. Public notification of the change has been spotty. It was requested that notice of this change be included with the BPC meeting highlights and Dave Norton provided a link to the Yavapai County Emergency Services website. As EPPiC concludes its tasks and a permanent committee is formed, it was suggested that a liaison be appointed to attend the regional front-line responder meetings so that the community can be kept informed of any upcoming changes.
Posted by Camille Cox at 10:55 AM

If you would like to join the meeting, send an email to bigparkcouncil.inquiry@gmail.com with your name and email address. You will be added to the guest list.  We welcome you!
Call to Order
Adjourn

Yavapai County released the DRAFT Comprehensive 2032 Plan on September 15th for a 60-day public comment period.  This plan will set policy for growth and prosperity for the next 10 years, and may include our own Big Park/VOC Community Plan. 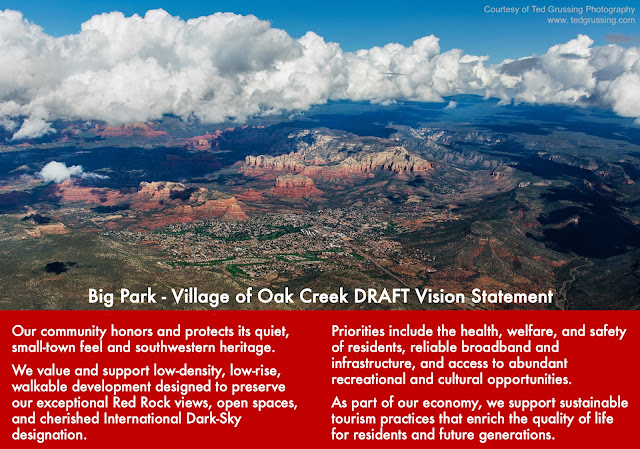 Visit VillagePlan2022.org to learn more about the Big Park/VOC Community Plan and subscribe to updates.
Posted by Camille Cox at 9:17 PM